A powerful Roman Catholic official is so upset about marriage equality and the Obama administration’s efforts to include birth control access in healthcare plans that he’s decided to label them examples of “Christian persecution.”

During a recent address for the opening of Divine Mercy University in Virginia, Archbishop William E. Lori of Baltimore opined that religious institutions seeking to uphold morality and religious freedom are under assault in the United States.

“The institutions that are under challenge are places of mercy that seek to bring the healing balm of truth, love, and human skill to the spiritual, emotional, and physical wounds of human existence, to be indeed the ‘field hospital’ amid a culture where many are wounded daily," Lori claimed.

Lori, who is also head of the U.S. Conference of Catholic Bishops’ Ad Hoc Committee on Religious Liberty, is particularly upset about the Supreme Court’s 2015 decision in Obergefell v. Hodges, which made marriage equality the law of the land. He’s also unhappy with the Affordable Care Act’s birth-control mandate, which requires most employers to offer no-cost birth control coverage in their employee health care plans. 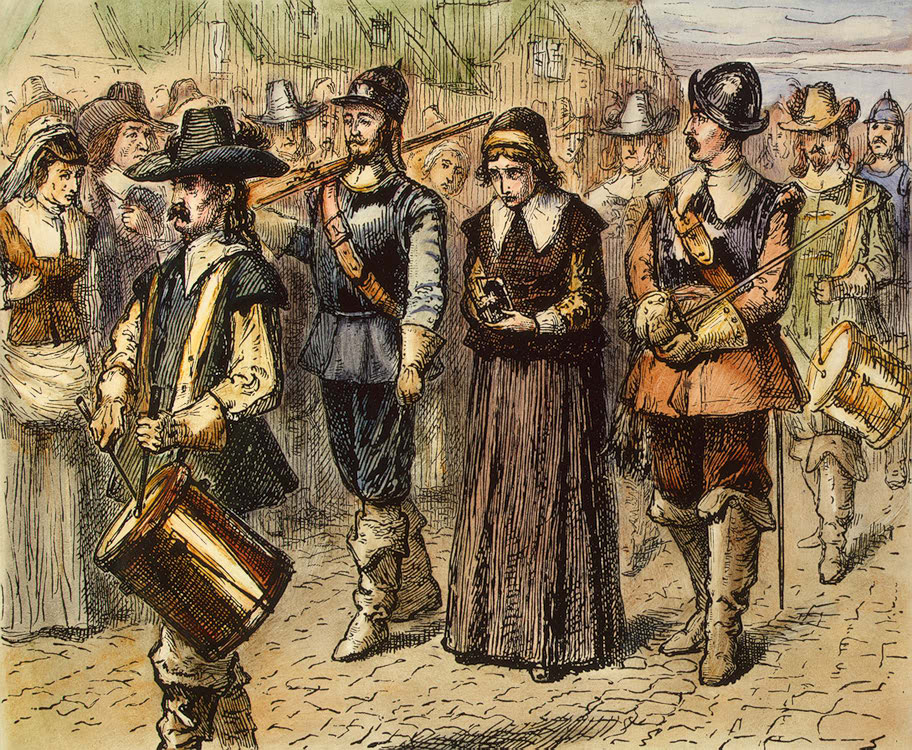 Real Persecution: Mary Dyer, a Quaker, was executed in Boston in 1660 because of her religious beliefs.

Lori said these developments are examples of “bloodless persecution” of Christians.

“We have only to think about the arbitrary redefinition of marriage and family or anti-family welfare and relief policies,” Lori said. “As these intermediate structures either disappear or come under the direct control of the government, our society becomes less merciful and more impersonal, less apt to be a setting for human flourishing.”

Of course Lori offered no evidence that American society is crumbling thanks to greater birth control access or marriage equality – because none exists.

To combat these supposed threats, Lori asked Christians to stand up for their values. But he’d better be careful what he asks for because the reality is most Catholics don’t agree with him.

In fact, surveys have shown that 82 percent of American Catholics see birth control use as “morally acceptable” and 98 percent of sexually active U.S. catholic women of childbearing age report that they have used contraception at some point in their lives.

The reality is, laws that contradict the dogma of some Christian sects are hardly persecutory of Christians as a whole. After all, no Christians are being forced to perform same-sex weddings or use birth control if they don’t want to.

What’s more, the policies that Lori opposes are based on secular principles, as all U.S. laws should be. Perhaps Lori is really just angry that fewer and fewer people are listening to him and his allies and that our laws aren’t based on his church’s teachings.

Instead of making up phony examples of “Christian persecution,” Lori should do a little reading so he can understand what it looks like when Christian beliefs are actually attacked by government.